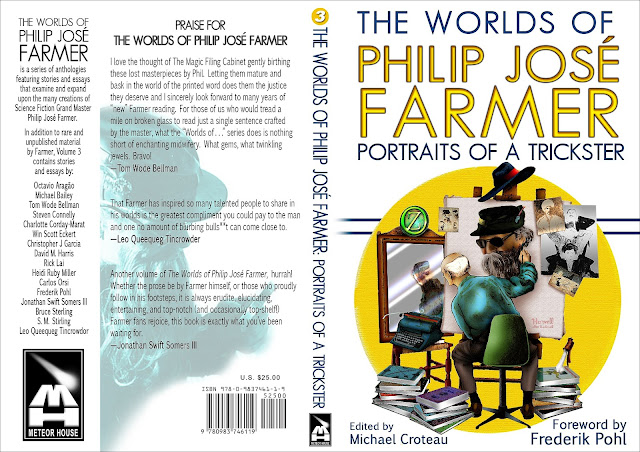 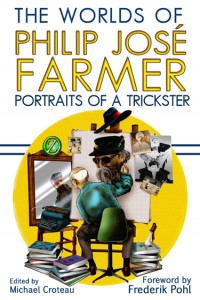 Should Christians Vote for a Mormon President?

I don't want to bog down my fun little blog here with a dissertation on politics, but some of my readers might be interested in what I have to say on this issue.  If so, then click below to take you to my other blog where I tackle the complicated issue of Whether Christians Should Vote for a Mormon President by responding to a recent article by Christian apologetics expert Dr. Norman Geisler.

Should A "Christian" Vote for a "Mormon" President? (A Response to Dr. Norman Geisler)

Recently, Christian author and apologetics expert Norman Geisler published an opinion piece entitled "Should An Evangelical Vote For a Mormon President?".  You can read the full text here.

As a Christian, I feel the need to respond to Geisler's article in depth and this is as good a place as any to do so.

Before I get to Geisler's writing and my responses, let me set forth a few principles that guide me in my analysis and opinion regarding the upcoming presidential elections.  First and foremost, religious beliefs of the candidate are just one of many considerations that I use in determining who to vote for.  The most important thing to me is a demonstrated commitment to principles of limited government, free enterprise, individual free will, freedom of speech, press, and religion.  After that, I want to see whether the candidate demonstrates a proven ability to lead and a commitment to a morality base that I can generally agree with.  Finally, do I trust and respect the candidate -- an entirely subjective and intuitive rationale...TO READ MORE CLICK HERE


Posted by Keith Howell at 7:13 PM No comments:

Writer: Alan MooreArtist: Kevin O'NeillPublishers: Top Shelf Productions & Knockabout“I rocked the fretful baby gods to sleep before time started...and I am companion to the women who paste up the stars. The quarters of the world are bound unto my compass. I have taken tea with earthquakes. I know what the bee knows...and you really are a dreadful little boy.” -- Mary Poppins/Prospero/God to Harry Potter/Anti-ChristFor those of you who thought the previous CENTURY volumes were confusing or meandering, well...there was purpose to the madness. CENTURY is brilliantly wrapped up with the 2009 volume which brings the literary world of fiction into the Apocalypse -- the final battle between the Anti-Christ and God (as embodied by Harry Potter and Mary Poppins).The genius of Alan Moore's insanity is how such a complicated story can gestate within his mind and be perfectly executed when visualized by Kevin O'Neill, whose art simply sings on this project. The game of spotting the literary and entertainment cameos and references is still there and can make rereading the series more fun as you dig in and try to track down the various things you didn't spot before. However, now that the series has concluded, I went back and reread the whole thing (including THE BLACK DOSSIER) and realized just how well-planned and executed this project has been. There are so many foreshadowed thematic and plot elements in 1910 that it took reading the conclusion to realize -- and not the least of these is the blistering satirical criticism of the advent of literature as franchising. James Bond and Harry Potter come under the most wicked commentaries here; most especially by Moore's indulgent incarnation of the Anti-Christ as that wretched, unlikeable, little boy from the Harry Potter series. Moore's patented use of symbolism is strongly in place here as he takes the strong phallic elements that permeate J.K. Rowling's popular series – most notably in terms of the “wand” as phallic symbol – and he actually literalizes it. His use of the Blazing World and the whole 3D glasses visual established in THE BLACK DOSSIER sets such an interesting visual for me in reading it. How do you identify “God” as a character when he/she can take any form? Look for the tell-tale green/red 3D glasses. It's so simple. I wonder if Moore is even aware of all the various ways this can be used as a symbol like that. I'm thinking about the “magic sunglasses” that Joseph Smith claimed to use to be able to read the golden plates containing the Book of Mormon for an example. 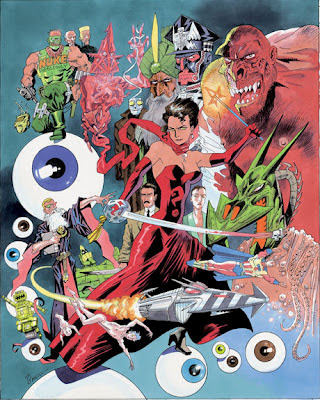 As recognized by writer Tom Jordan on the 2009 Annotations website, this story is about Orlando's symbolic redemption. And, by the way, Orlando wields Excalibur – yet another great phallic symbol of literature and representation of both the life and death of Camelot, itself a Heaven analog like The Blazing World. I've tried to figure out why so many have been increasingly critical of Moore's LoEG series basically starting with THE BLACK DOSSIER and I don't want to kneejerk it as claiming people aren't smart enough to “get” it. That's not the case. There are plenty of genius works out there that find an audience and near universal acclaim. I am going to go out on a limb and say that LoEG is a perfect reflection of Moore's emotional state at the point that he is writing them. As such, the first two LoEG series are grand adventures that are an intellectual and literary playground. Beginning with THE BLACK DOSSIER and now fully realized in CENTURY, is Moore the jaded and grumpy critic.

Moore is still playing in the playground of fictionality but now he is filtering his storytelling through an increasingly dark and angry prism. He is angry at the business of literature in all its forms. He is angry about the business of mass media – the business of franchising – the business of literature merely as licensing and lowest common denominator appeal. CENTURY is Moore's lament on what has been lost because of the business of literature. We have lost that sense of joy and freedom, that sense of individual vision, that unified knowledge of our past, present, and future through literature that glorifies the human spirit and presents mankind as good and not depraved. The destruction of civilization in the world of the LoEG has followed the same path as literature itself as modernism and post-modernism and deconstructionism and dystopian post-apocalyptian themes have supplanted what came before. This is the world ripe for the Apocalypse of The Book of Revelation and personified by Harry Potter as Anti-Christ.I think this negative spiral  and its accompanying angry tone and spirit have weighted down his approach in this series and caused Moore's audience to disconnect from him. Comic book readers by-and-large are looking for escapism, and Moore's CENTURY series requires one to see through the darkeness and anger to recognize both the sharp-witted humorous criticism in the satire but also that spark of hope. Moore is taking his readers to the precipice in 2009 just so he can offer redemption to all.Moore is saying to his readers with 2009 that the future does not have to be bleak. It can be bright. It's okay to be angry but just grousing about it does no good. 2009 is a challenge to all creators of fiction to recapture literature back from the arms of the lawyers and the corporations.CENTURY 2009 is a triumph of individualism in creation and in literature and I found it brilliant.


Posted by Keith Howell at 4:28 PM No comments: