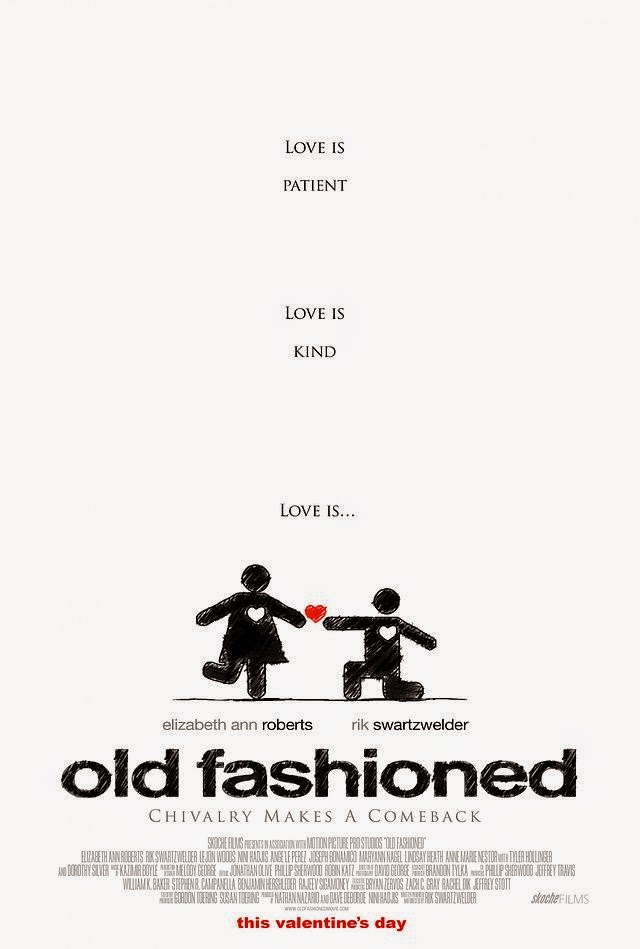 This is a movie about 2 damaged people who take a less-than-normal path to fall in love. It's no spoiler to say that they fall in love. This is an intentional and explicitly "Christian Romance" movie marketed, in very groan-inducing ways, as a Christian alternative to FIFTY SHADES OF GREY (a film I should be seeing in a few days for contrast).

The plot, such as it is, tells the story of Clay and Amber. Amber, just off an emotionally and physically abusive relationship takes off on her own to a small town to start over. There she rents the upstairs apartment owned by Clay who also owns the antique store below. Amber is worldly wise and outgoing. Clay is an odd introverted duck who keeps to himself and conducts himself insufferably with an odd set of obnoxiously off-putting rules about his interactions with women. For 9 years, he has holed himself up like a hermit and annoyed the living Hell out of everyone around him with using God, the Bible, and his made-up rules about courtship, love, and marriage as a barrier to expressing any real emotion or allowing himself to be emotionally vulnerable or intimate with a woman on any level.

Why, you may ask? A really bad break-up.

So, the movie is really about us watching this completely self-absorbed paragon of self-appointed virtue lording his bizarre fake chivalry under the guise of respecting Amber, when he's actually disrespecting her. What he is actually doing is using his obsessive compulsive disorder and fear of attachment issues as a "Rebel Without A Cause" outcast with deeply hidden feelings as fishbait to hook her attention and then proceeds to demand that if she wants to be with him she has to cowtow to his endless, and inconsistent (sometimes incoherent) absurd list of rules.

He is surrounded by his long-suffering best friends. One of whom is in a committed long-term relationship (unmarried) and raising their child together. The other is an obnoxious radio talk-show host supposedly in the style of the revolting misogynistic Tom Leykis Show. Unfortunately, this being a Christian movie, the guy's show is actually just absurdly hilarious in how tame it actually is even though everyone listening acts like it's incredibly offensive. 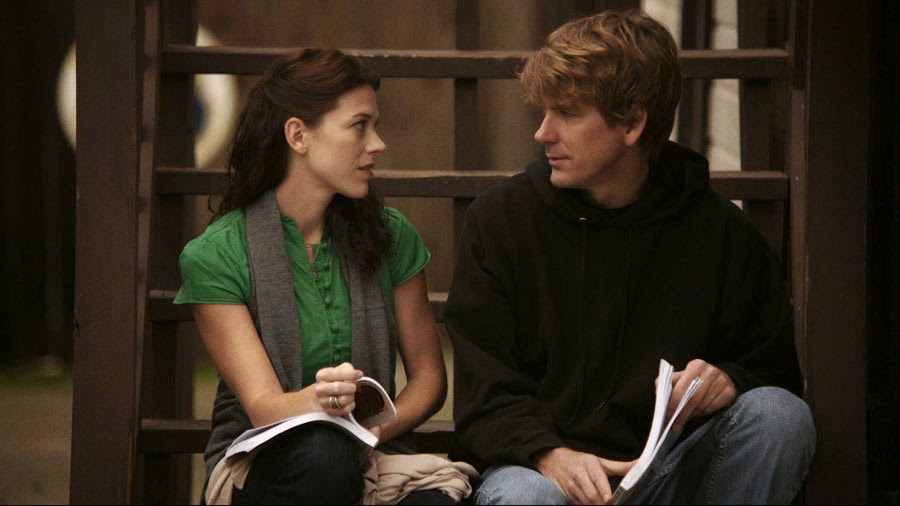 They also surround Amber with 2 new friends who I have to assume he just cast from the pews of some random local church. Ugh. Oh yes, also Clay takes care of his elderly Aunt who had me wanting to leave the theater if she said "tuh-maters" one more damn time!!!!
75% of this movie is excruciating. Basically anything that involved the lead actor, the writing, the directing, and producing (coincidentally the same guy, Rik Swartzwelder, for all of that) made me want to set my hair on fire. The other 25% that was not excruciating was because of the very charming and likeable lead actress, Elizabeth Roberts and the moment near the end where the annoying Aunt finally tells Clay off about what an incredible twit he is and how his narcissistic self-absorption is preventing him from living the life God put him on this planet for in the first place.

Basically, the deal is, there is a good movie idea buried in here. The flaws that make it excruciating to watch are the result of the execution of the idea and the eyeroll-inducing sepia-warm filter placed on the outdoor scenes, and the rocking chairs on the porch, and the grating soft guitar pluck music played under every conversation. And the dialogue is so hackneyed that I was cringing half the time. Really, only Elizabeth Roberts seems to be able to rise above the script to bring some sparkle and energy to an otherwise listlessly paced story. 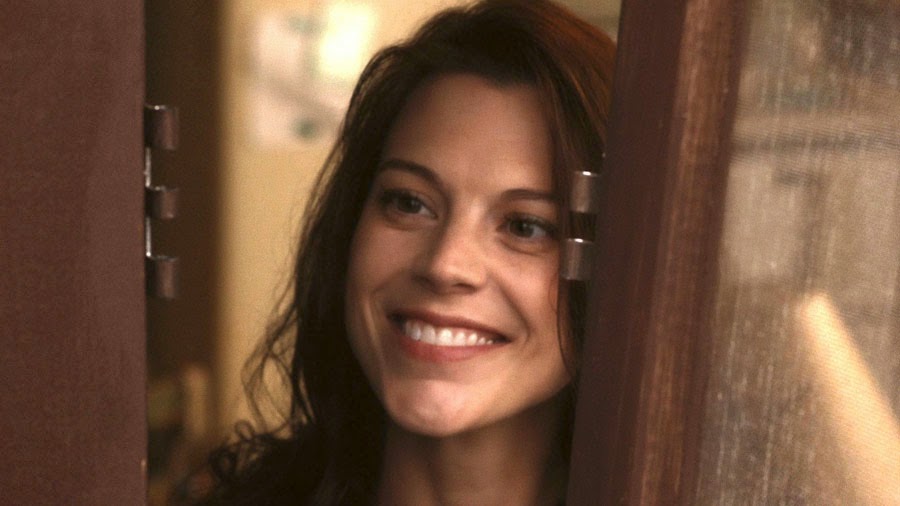 But that good idea kept poking at me as I watched it. I kept wondering to myself as my mind wandered at times about how this could be so easily turned into something awesome. First of all, it needed to have a sense of humor! This movie is so relentlessly serious it is painful. This is a crazy guy obsessed with being "old-fashioned". Have some fun with that!!! Second, they need to hand that script over to director Paul Feig (who directed BRIDESMAIDS among others) and let him massage the script and find those points where real circumstantial and character humor would best fit. Then dump this cast completely and replace them like this: Amber needs to be Jennifer Aniston. Clay needs to be Owen Wilson. Clays best friends need to be Kevin Hart as his good friend in the long-term relationship and Bradley Cooper needs to play the misogynistic radio host. Cloris Leachman needs to be the annoying aunt.

Hollywood really needs to take this and run with it. I think the idea of a guy and a girl damaged by life and love and one of them decides he is going to obsessively (and obnoxiously) commit himself to a distorted form of chivalry that never actually existed is gold. But this version of it should never have made it into theaters. It is, at best, a discount bin DVD in a Christian bookstore movie or something you might check out from your own church library.

I really can't recommend it because 75% excruciating is really too much for most people to waste their $10-$15 on. But then again, I did see JUPITER ASCENDING....and it made this movie seem like CITIZEN KANE, so.... maybe some of you might want to see it. I don't want to see it again.

#oldfashionedmovie
Posted by Keith Howell at 1:10 AM