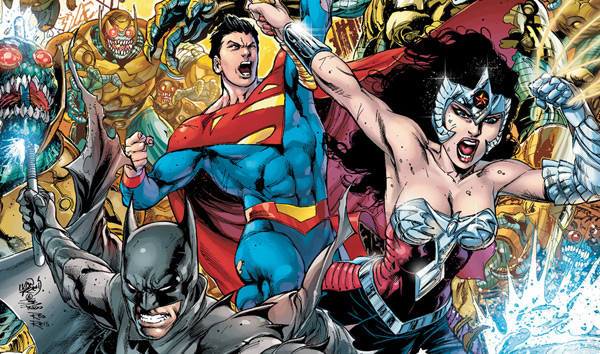 
“Looking back on that day five years ago, I wonder if they knew, maybe deep down in their hearts...if they sensed it.  After all their amazing exploits...after all they'd done so far...if Superman...Wonder Woman...Batman, of course...if they knew that here in ravaged Metropolis would be their last adventure.” -- Alan Scott 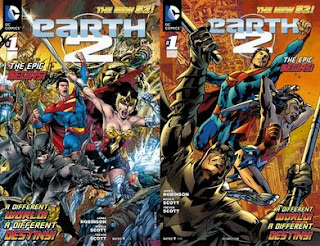 Longtime readers of my words both on my blog and on AICN know that I've been very outspoken in my disappointment at the way the DCU reboot was handled.  The characters of DC's “Earth 2” (the golden age heroes) almost always get the shaft when DC does a continuity wipe or rewrite.  And it appeared like they had once again gotten screwed by the slapdash manner in which the linewide reboot happened.

However, I have to say, I take back every single negative thing I ever said about this new EARTH 2 book in the lead-up to its release last week.  Encapsulated in this single comic book are steps that nearly take full advantage of the freedom that a reboot really provides.    This approach is bold, takes chances, makes real and substantive changes, and does it all with a sense of a real cohesive vision.  I am sure that it helps to have it basically limited to a single title (with a side connection to WORLDS' FINEST)  rather than 51 other continuity titles. 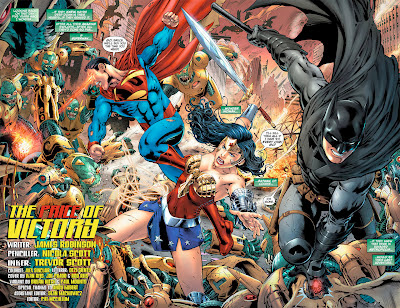 James Robinson's writing has no groaner moments or wasted scenes.  He packed this single issue with everything we need to know to set up the world, the differences, and the future. Nicola Scott knocked this out of the park with her art.  She has leapt immediately up to the top tier of my favorite artists working today.  Watch out Amanda Conner, George Perez, and Ivan Reis.  You've got competition.


Here's the background we get from EARTH 2 #1:  This Earth has not experienced a glut of super-heroes like the regular DCU over the years since Superman appeared.  In the flashback sequence of 5 years ago, we have an older Superman (with adult cousin Supergirl) along with an older Batman (with adult daughter, Robin) and a Wonder Woman who has also obviously been around for awhile.  They are the trinity of heroes of this Earth.  Without the rest of what would become the Justice League on our Earth, they are overcome by the attack by the hordes of Parademons (presumably sent by this world's version of Darkseid).  The heroes are killed, but Batman's sacrifice also saves the Earth from total destruction and defeats the Parademons.  Supergirl and Robin chase a figure through a boomtube and wind up stranded on Earth 1 and their story continues in WORLDS' FINEST. 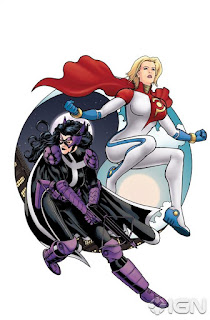 Cut to present-day. A world without super-heroes but with a collective memory of that tragic day.  It is a world-wide tragic moment for the entire world.

Set up for the future:  Robinson introduced Al Pratt and Jim Harper as soldiers during the 5-years-ago flashback.  The stage is set for new versions of Earth 2's Atom and Guardian.  In the present-day, Robinson introduces us to young, rich, broadcaster Alan Scott and even younger Jay Garrick – struggling to find purpose and direction until he comes face to face with the Roman god, Mercury.

On to the next issue. 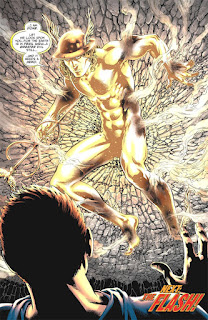 What I love about the approach here is that Robinson is approaching EARTH 2 as if the types of events that happen(ed) on Earth 1 simply don't happen quite as often or as easily.  So, without random science experiments and accidents, how do you get a group of heroes who can equal Earth 1's Justice League and beyond?  Robinson appears to be making the new EARTH 2 heroes essentially avatars (or power-receivers) of the Roman Gods.  The Flash of Earth 2 is gaining his powers from Mercury.  I don't know this for sure, but I suspect the Green Lantern will be receiving his powers from Jupiter, Vulcan, or one of the other gods and so on.

When Grant Morrison took on the JUSTICE LEAGUE comic years ago, he specifically set up the characters as Earthly counterparts of the Greek pantheon.  Here, it appears from dialogue between Mercury and Wonder Woman, that Robinson is going so far as to making our new heroes, inspired by the self-sacrifice of the original Trinity of heroes, literally the Roman pantheon on Earth.  Heroes powered by the gods rather than scientific mumbo-jumbo.

I honestly can't find anything to criticize here.  It all was simply brilliant, flowed perfectly, intrigued me and hooked me instantly. 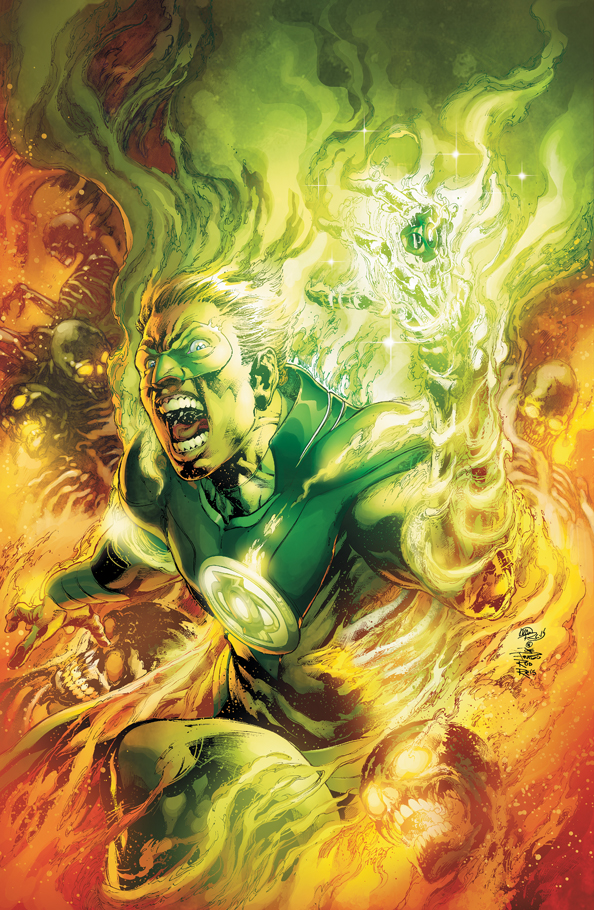