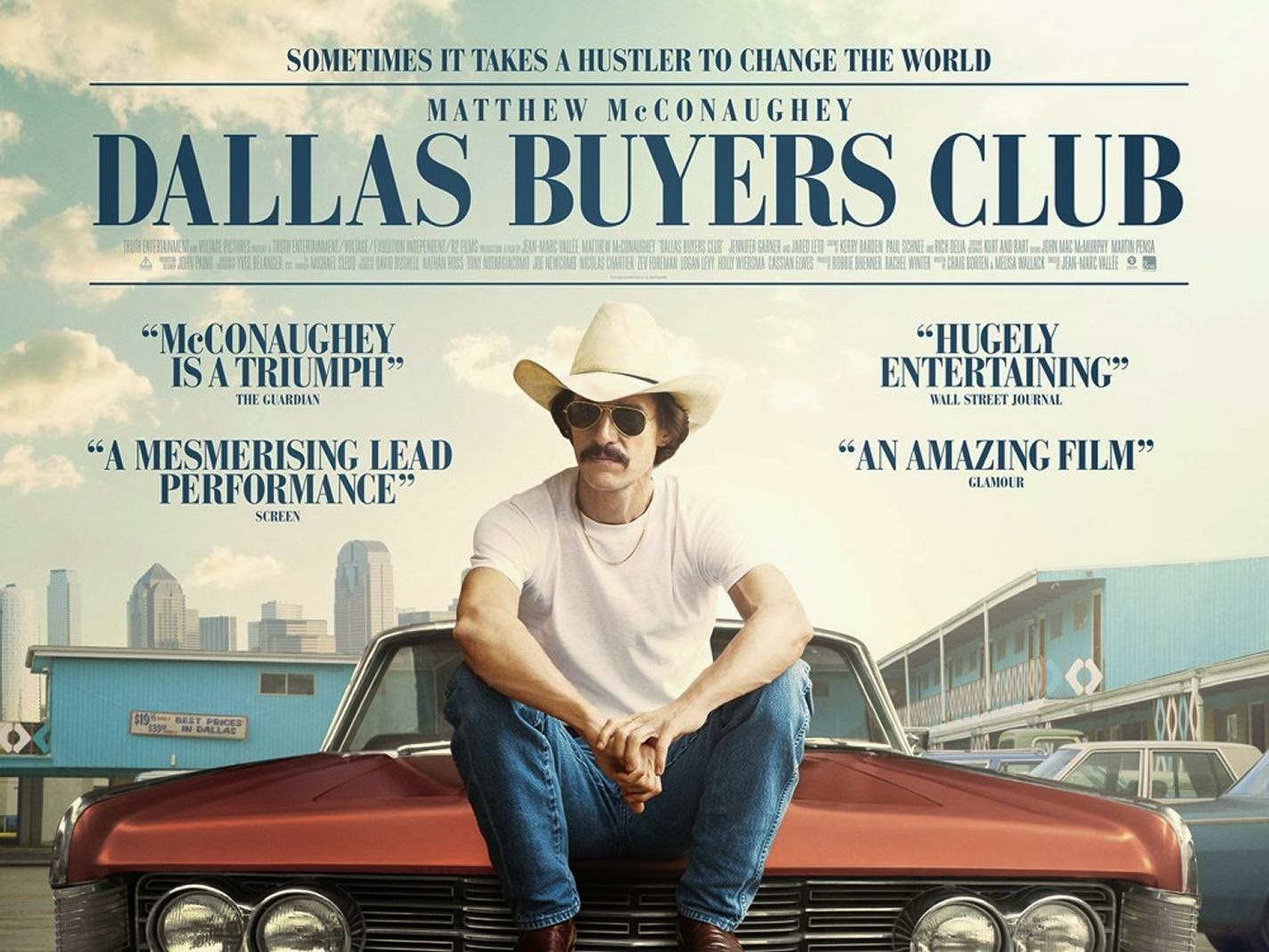 Another riveting Oscar-nominated film that is justified in all the accolades it is receiving.

DALLAS BUYERS CLUB tells the true story of Ron Woodroof (an astounding performance by Matthew McConaughey), a straight rodeo cowboy who found himself diagnosed with AIDS and given 30 days to live in 1985.  What follows is a sad but gripping story as he scrambles in desperation to combat this death sentence.  Caught in the midst of the gray line between "unapproved by the FDA" and "illegal" he seeks out treatments that did not fit within the approach the mainstream medical community was willing to indulge.

Set right smack dab in the middle of the AIDS hysteria of the '80s, the film perfectly captures the horrific shock and realization of Woodroof and the paranoid reactions from the rest of the world.  He finds himself drawn into the only culture that is able to accept him, that of the AIDS-stricken gay culture of Dallas.  Ron's friendship with transsexual AIDS patient "Rayon" (Jared Leto) becomes the heart of the film as we see the self-loathing, self-destructive, homophobic Ron embark on a business venture with Rayon.  Together they start selling monthly memberships in a "Club" that would then provide alternative supplements to the hopelessly growing segment of AIDS sufferers let down by the dismal early testing results of AZT.

There is a bit of a preachiness in the negative attitude towards the FDA and it's strong-arm tactics in shutting down any attempts to approach the epidemic with out-of-the-box thinking.  However, the whole of the film is so well-done and the acting by Leto and McConaughey really elevates this film to that Oscar level.

This is a powerful film, and not as utterly depressing as I expected it to be going in, and will stick with you afterwards.