The TRUE reason for the DC Comics' Reboot in September... 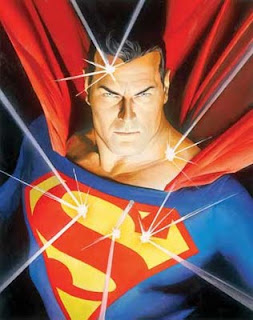 Warner Bros. and DC Comics have lost a little more control over the Man of Steel.
In an ongoing Federal court battle over Superman, Judge Stephen Larson ruled Wednesday that the family of the superhero's co-creator, Jerry Siegel, has "successfully recaptured" rights to additional works, including the first two weeks of the daily Superman newspaper comic-strips, as well as portions of early Action Comics and Superman comic-books.


The ruling is based on the court's finding that these were not "works-made-for-hire" under the Copyright Act.


This means the Siegels -- repped by Marc Toberoff of Toberoff & Associates -- now control depictions of Superman's origins from the planet Krypton, his parents Jor-El and Lora, Superman as the infant Kal-El, the launching of the infant Superman into space by his parents as Krypton explodes and his landing on Earth in a fiery crash.


The first Superman story was published in 1938 in Action Comics No. 1. For $130, Jerry Siegel and co-creator Joel Shuster signed a release in favor of DC's predecessor, Detective Comics, and a 1974 court decision ruled they signed away their copyrights forever.


In 2008, the same court order ruled on summary judgment that the Siegels had successfully recaptured (as of 1999) Siegel's copyright in Action Comics No. 1, giving them rights to the Superman character, including his costume, his alter-ego as reporter Clark Kent, the feisty reporter Lois Lane, their jobs at the Daily Planet newspaper working for a gruff editor, and the love triangle among Clark/Superman and Lois.

You can read the entire article (rather than just this pertinent snippet) at the jump in the headline.

I wrote a legal analysis piece back in 1999 about this case and will try and dig it out and format for the blog this weekend along with some commentary on how this case (and the Simon vs. Marvel case mentioned in my piece) developed and what it has wrought.

For now, this is a big week of news for WB/DC.
Posted by Keith Howell at 3:21 PM