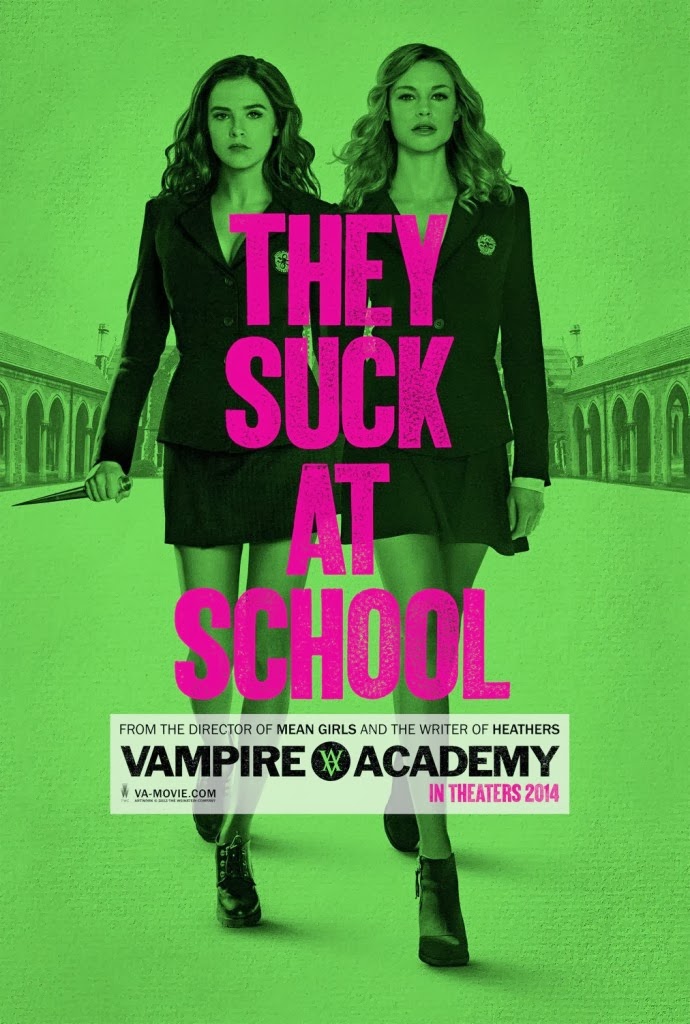 
Have you ever wondered what you would get if you took a little bit of HARRY POTTER, mixed it with BUFFY, THE VAMPIRE SLAYER, tossed in a dash of TWILIGHT, VAMPIRE DIARIES, and BEAUTIFUL CREATURES, then wrapped it all up in a CLUELESS tortilla?


No? Well, I suspect it would be something a lot like this movie I just watched.


I'll admit, I really just went to see it because I knew my daughter would be into it (vampires and teen angst are her movie bread and butter). And I will also say that the opening few scenes are so exposition-heavy I was starting to doubt whether I could sit through it. I have a hard time with films that start out with lengthy exposition. To me it is like a clanging gong to tell me that this screenplay is going to suck, otherwise they would find a way to tell me this information organically through the story.


So, yes, this is not the greatest script in the world. Do not go into it expecting....say....something on par with William Goldman's brilliant script for THE PRINCESS BRIDE.


However, this film has something going for it. It has a cast of extraordinarily charming and likeable young actors that make even the most cringe-inducing dialogue (of which there is some) not only tolerable but increasingly interesting as the movie putts along.


The story involves a not-so-complicated mythology about a sub-society in our world of good vampires, evil vampires, guardians of the good vampires, and some sort of not-werewolves but psy-hounds (I'm assuming that's how you spell it). There is a Hogwarts-style school for the vampire kids (hence the title of the movie) and we have a royal teen vampire princess and her bff guardian, Rose who start out on the run but get returned to the school at the beginning of the movie. And that's about all you really need to know. Time for some love, betrayal, intrigue, action, and some subdued scenery chewing by Gabriel Byrne (as opposed to Jeremy Irons chewing up the scenery and spitting it back out only to chew it right back up last year in BEAUTIFUL CREATURES)


The biggest kink in the potential success of this film probably will be owed to the fact that it came off more to me like an extended episode of a TV show and less like a big-budget film franchise. For that, I'll have to fault the director. But I would be lying if I didn't say it was better than I expected. In fact, I really enjoyed it. They could have definitely used a Joss Whedon script polish job, but it was still fun and I laughed and liked the characters and would be interested in seeing the next installment as it ends on a slight cliffhanger.