GREEN LANTERN may be a Secular Religious Experience! 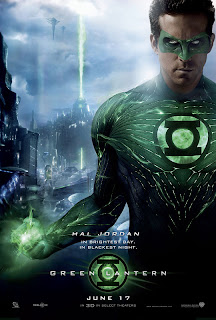 The world is a funny place these days. What's funny to me is that while the world at large (especially the Western world) falls further and further from an overtly “religious” society, we find ourselves substituting the craziest things for whatever it is within us that craves that transcendent religious experience. We see it at Lady Gaga concerts where the throngs whip themselves into a religious furor worshipping at the altar of their modern pagan goddess while throbbing repetitive techno-beats induce altered states of consciousness. We see it every year in the nation-wide unofficial religious holiday known as “Super Bowl” where everyone's lives are sacrificed on the altar of the modern gladiators battling over dominance in the grid-iron game of “keep-away” known as American Football. In the ever-increasing world of the geeks and nerds, the San Diego Comicon is as close to a secular “Mecca” as we have seen. And just as the faithful Muslim who hopes to trek to Mecca at least once before they die...likewise the average geek prays to Hoary Hosts of Hoggoth that one day...even he (or she) may make it to San Diego.

This weekend marks another lesser Comicon, this one is “Wondercon” and it is held in San Francisco. However, Wondercon has garnered much attention in the realms of the geekstrati online for Wondercon is the place that glorious footage from the much-anticipated GREEN LANTERN film was finally unveiled (and subsequently placed online for all to see).
For those not in the know, GREEN LANTERN is a film adaptation of a popular comic book super-hero who wields a magic ring that can turn his thoughts into physical form.
I realized after I watched these 4 minutes (repeatedly), that the closest I could come to explaining my reaction was that I was having a secular religious experience. I don't mean that I touched the mind of God or anything, but I am not kidding that the first time I watched it I got choked up and literally found a tear welling in my eye. In my life, that's only happened a handful of times over something this silly and inconsequential– not counting the death of Mr. Spock in STAR TREK II: THE WRATH OF KHAN because if you didn't cry when you saw that in 1982, you have no soul– and it led me to write this. 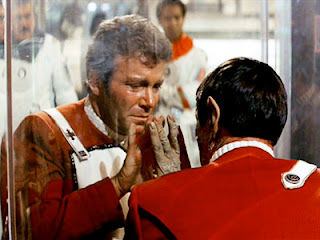 Here's the thing with me, myself, and I. I don't remember when I started reading comic books. I've always read them. I remember when I started “collecting” them in Jr. High, but “reading” them? They were just always a part of the mix of books, magazines, and comics that I read. But I am and always have been an unabashed fan of the super-hero. The visual appeal. The archetypal imagery and mythological construct underlying them. The fun factor. The fantasy factor. Even the silliness. I love it all. And that's not to dismiss comics or graphic novels as just super-hero stuff either. While it may be the bread-and-butter end of the business, there are works of literature and art done in comic book form that far outstrip and surpass most prose literature. But super-heroes are what this is about today.

GREEN LANTERN specifically. Since at least third grade, I have proclaimed GL to be my favorite super-hero. I have huge love and appreciation for my other top heroes, Superman, Capt. Marvel, Iron Man, Thor, Capt. America, and lesser knowns like Metamorpho and Dr. Mid-Nite. I remember playing super-hero with my friends back then and us choosing heroes. There was always the smart-ass who quickly declared himself “Superman” so he could be the most powerful. I, the bigger smart-ass, always came back with “Green Lantern.” To which, and this was back in the early 70s, the reaction was usually a bit of ridicule as they snickered “Green Lantern?? Haha! Why him?” And I would respond that “He's the most powerful super-hero of them all.” They would laugh more and start throwing super-hero names out and I would quickly inform them how GL would take them out, then eventually they'd throw out “Superman!” and smirk. I confidently declared that as GL, I would use my ring to make “Green Kryptonite” and kill Superman. Which always left them unable to come up with a retort. Battle done and won and I smirked on the inside and led the way as “Green Lantern.” 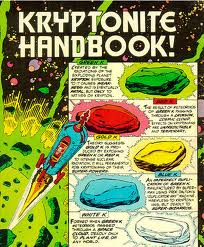 I'll confess now, at 44, that even then I knew I was blowing smoke because I knew GL couldn't really make “Green Kryptonite.” He could make a green rock, but that's all it would be. But I always relied upon the collective ignorance of my Superman, Batman, and Spider-Man obsessed friends to NOT know that.
And I was always correct.
Well, after this summer, the collective ignorance surrounding the Green Lantern character will go by the wayside as he enters the zeitgeist in a huge way if this amazing piece of 4-minute footage from the film is any indication. 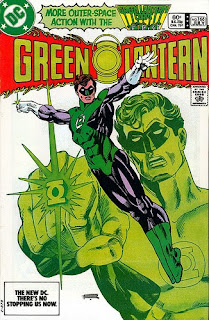 Now as to my reaction to that footage. Why did I tear up? It has to do with seeing something visualized for real that I never expected to ever see in my lifetime. And in GREEN LANTERN, there is so much more, in terms of concept, than just a magical ring and the best super-hero costume ever designed (by the late, great artist Gil Kane). Hal Jordan is an adventurous former Air Force pilot who is “chosen” to receive a gift of what is essentially access to absolute power limited only by his will and strength of character. The story of GREEN LANTERN is about overcoming fear, it is about the seduction and abuse of power, it is about the conflict between totalitarianism and individualism, it is a story about sin and redemption, and it is about hope and collective goodness and good-old-fashioned super-hero action and cosmic space-opera.
To me, he is the ultimate in super-hero concept and to see it so perfectly visualized as if it were real...it is a transcendent experience.
As a super-hero nut all my life, this isn't the first time this has happened, but it may be the most fully satisfying time (I have to wait until June to find out)! Back in December of 1978 was the first time I encountered something I never thought I would ever see. At 12 years-old, I had myself dropped off at the first showing of SUPERMAN on December 16th (Saturday) and sat back and felt myself choke up the first time I saw the opening sequence with the “Daily Planet” sphere on top of the skyscraper fully lit up and revolving and then the bursting into space for the bombastic flight to the planet Krypton. I was in another world for 2 hours. When it was over, I walked out the doors of Cinema 6 in Temple, Texas and bought a ticket for the next show starting in a half-hour, and went back in and sat back down to wait for it to start again.
I can never regain that 12 year-old's sense of wonder ever again, but I am hoping for as close to it as a 44 year-old can get this summer.
It wasn't until the first teaser trailer for the BATMAN film came out in 1989 that I got another tingle of excitement. By this time, I was out of college and into my adult life, but I remember the first time that trailer played. My fiance and I were at a movie in Austin at the Arboretum theater (which is now The Cheesecake Factory) and the trailer came on and the entire audience erupted into thunderous applause when the trailer was done. This was Batman....done....seriously? I knew at that moment that “super-hero” movies were about to become a reality as never before after those in charge of the SUPERMAN movie franchise had let it deteriorate into the embarrassments of SUPERMAN III & IV.

The first time I saw Sam Raimi's SPIDER-MAN swinging his way through the skyscrapers of New York City, I felt that little tickle of a choke in my throat seeing something I thought was impossible. The opening credits of WATCHMEN (a film I truly thought was unfilm-able but was proved wrong) that established the background and history of the world of WATCHMEN while Bob Dylan's “The Times They Are A-Changin'” plays.


That brought a tear to my eye the first time I saw it. The upcoming CAPTAIN AMERICA and THOR movies are thrilling as well. The first time I saw Asgard visualized and it looked like Jack Kirby's art come to life, yeah, I got choked up.

But nothing has hit me like the first SUPERMAN movie until these 4-minutes of GREEN LANTERN hit the web this weekend.
“In Brightest Day; in Blackest Night. No Evil shall Escape My Sight. Let Those Who Worship Evil's Might....Beware My Power....GREEN LANTERN'S LIGHT!” 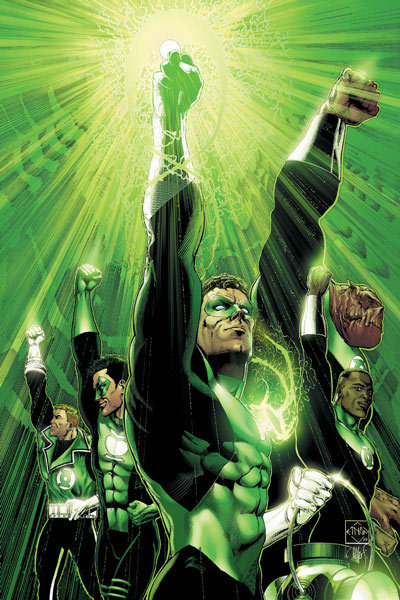