On a private messageboard I post on, I made a comment about my political views currently making me feel like The Comedian (from WATCHMEN) who became a bawling "Jeremiah" when he realized he was the only one who got the "joke" about Ozymandias's plan.

I know, it's not The Comedian who had the "Journal" in WATCHMEN, it was actually the misanthropic Rorshach.  But regardless, when my buddy Eric wrote this up and posted it, I just had to share it with the world because it's flippin' hilarious....and more accurate than you might otherwise think. 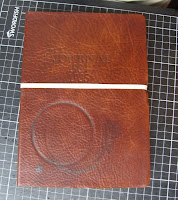 Dog carcass in Congress this morning, tire tread on burst stomach. This government is afraid of me. I have seen it's true face. The Halls of Congress are extended gutters and the gutters are full of blood and when the drains finally scab over, all the politicians will drown. The accumulated filth of all their corruption and murder will foam up about their waists and all the whores and politicians will look up and shout "Save us!"...

They had a choice, all of them. They could have followed in the footsteps of good men like my father, or President Truman. Decent men, who believed in a day's work for a day's pay. Instead the followed the droppings of lechers and Teabaggers and didn't realize that the trail led over a precipice until it was too late. Don't tell me they didn't have a choice.

Now America stands on the brink, staring down into bloody hell, all those liberals and intellectuals and smooth-talkers... and all of a sudden, nobody can think of anything to say.
Posted by Keith Howell at 2:13 PM