Okay.  Just one more thing about the DC Reboot.  A friend of mine scanned these in and brought them to my attention.  These are from AMAZING HEROES #14 and list every DC Comic that came out in September 1982.  First, go back and look at Part 3 where I went through the list of all 52 comics that DC is dumping onto the marketplace, then take a look at the 1982 listing of a mere 33 comics. 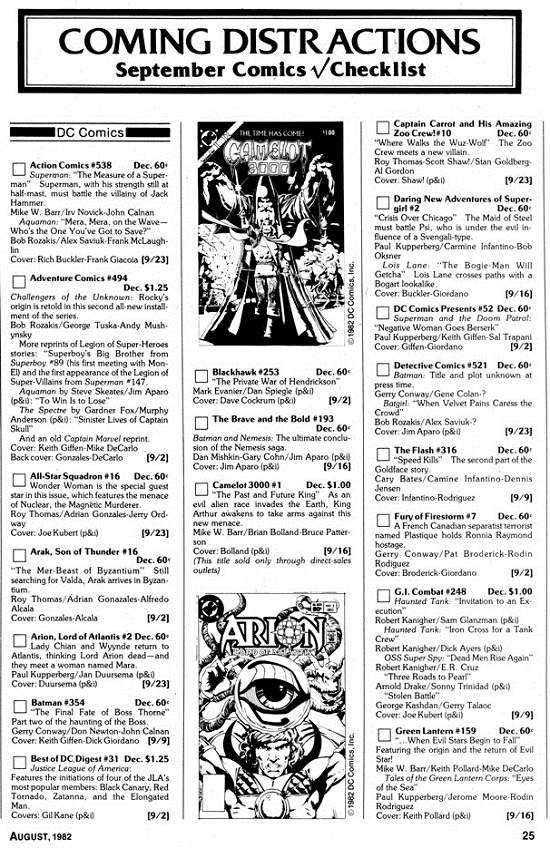 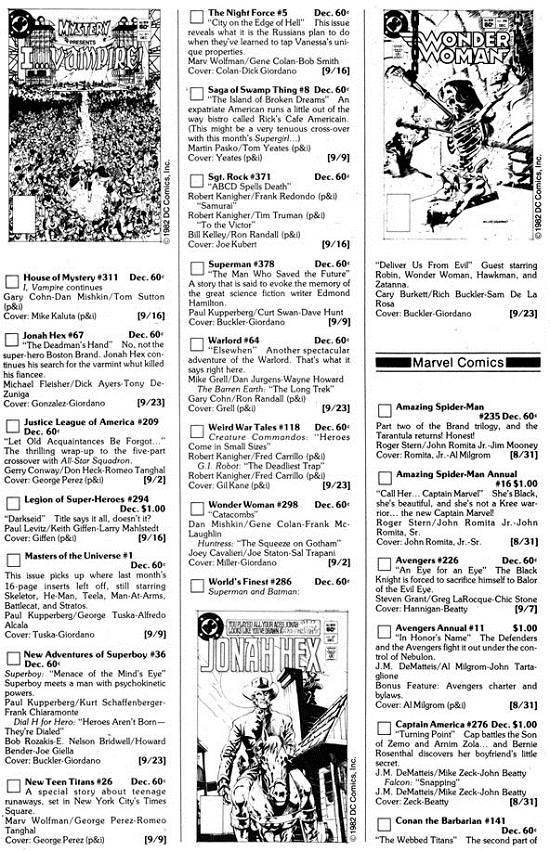 All I can say is THAT is friggin' insane!
Good luck with that, DC.  I think that type of blitzkrieg style of publishing is either the most foolhardy move I've ever seen OR it is a purposeful move to force the transition into digital and other media consumption and transition quickly out of physical publication at all.  These are just comic books and 52 titles at those hyper-inflated prices is totally ridonkulous.
Posted by Keith Howell at 9:59 PM