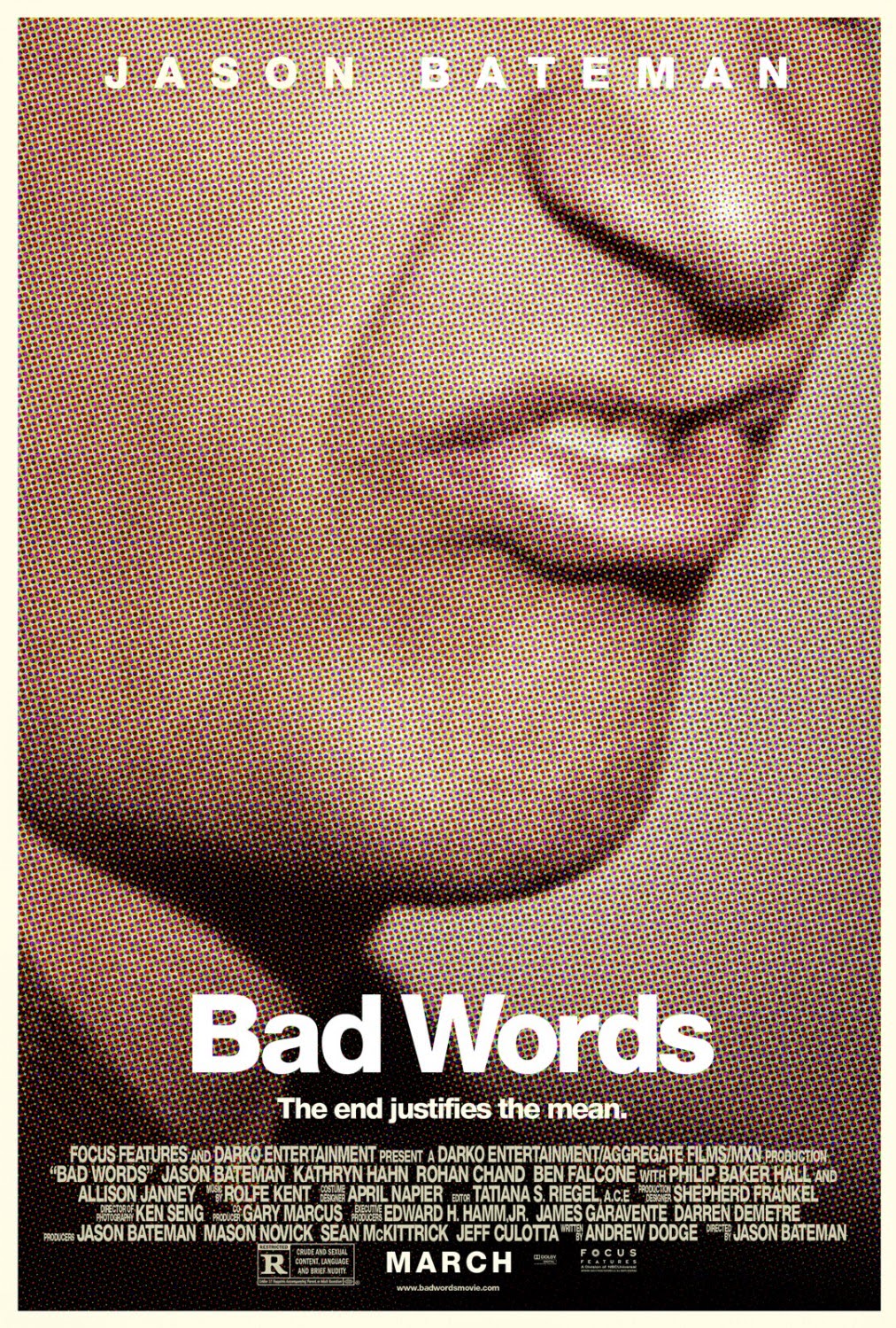 Jason Bateman's directorial debut is one of my favorite movies of the year so far. Unfortunately, there are very few people I would feel comfortable telling them to go see it. Bateman's character, Guy Trilby, is simply one of the more horrendously unredeemably awful human beings I've ever had the pleasure of laughing at.

It's a simple plot. A 40 year-old man competes in a national spelling bee and gets away with it because of a loophole in the rules that never ...stipulates age but merely that a competitor must not have graduated the 8th grade before a certain date. Well, as Mr. Trilby is more than happy to inform them...as a drop-out....he never graduated 8th grade at all, so he qualifies.

Now, you might wonder why a grown man would want to demean himself and relentlessly heckle and bully these young children publicly like this. Well, that answer is the "McGuffin" of this movie. It doesn't really matter what the answer is; there is no excuse for his abhorrent behavior. But we do, at least, get an answer.

He really does conduct himself like what you would imagine someone with no conscience might, but the truth is he is acting out because of pain. And the grounding of the movie, that makes the viewer able to tolerate him even at his worst, is the unlikely friendship between him and 10 year-old Chaitanya Chopra, played by Rohan Chand. They are gold together with onscreen chemistry and comic timing plus a sense that they really do care about each other. Chand's exuberantly naïve performance matches Batman's sociopathic detachment. So many parents, however, are going to be so horrified by the graphic language and the manner in which Trilby treats Chopra that they may not be able to appreciate the subtleties here.

I suspect that many parents of little kids are going to have a hard time enjoying this movie because of Trilby's offensive language and outright emotional bullying. However, I thought the movie was hilariously in bad taste but with an overall goodness to it in the end without getting into sappy after-school-special type of shit.

And the fact that I could get through a quick review of BAD WORDS with only letting one minor bad word slip is nothing short of a miracle.