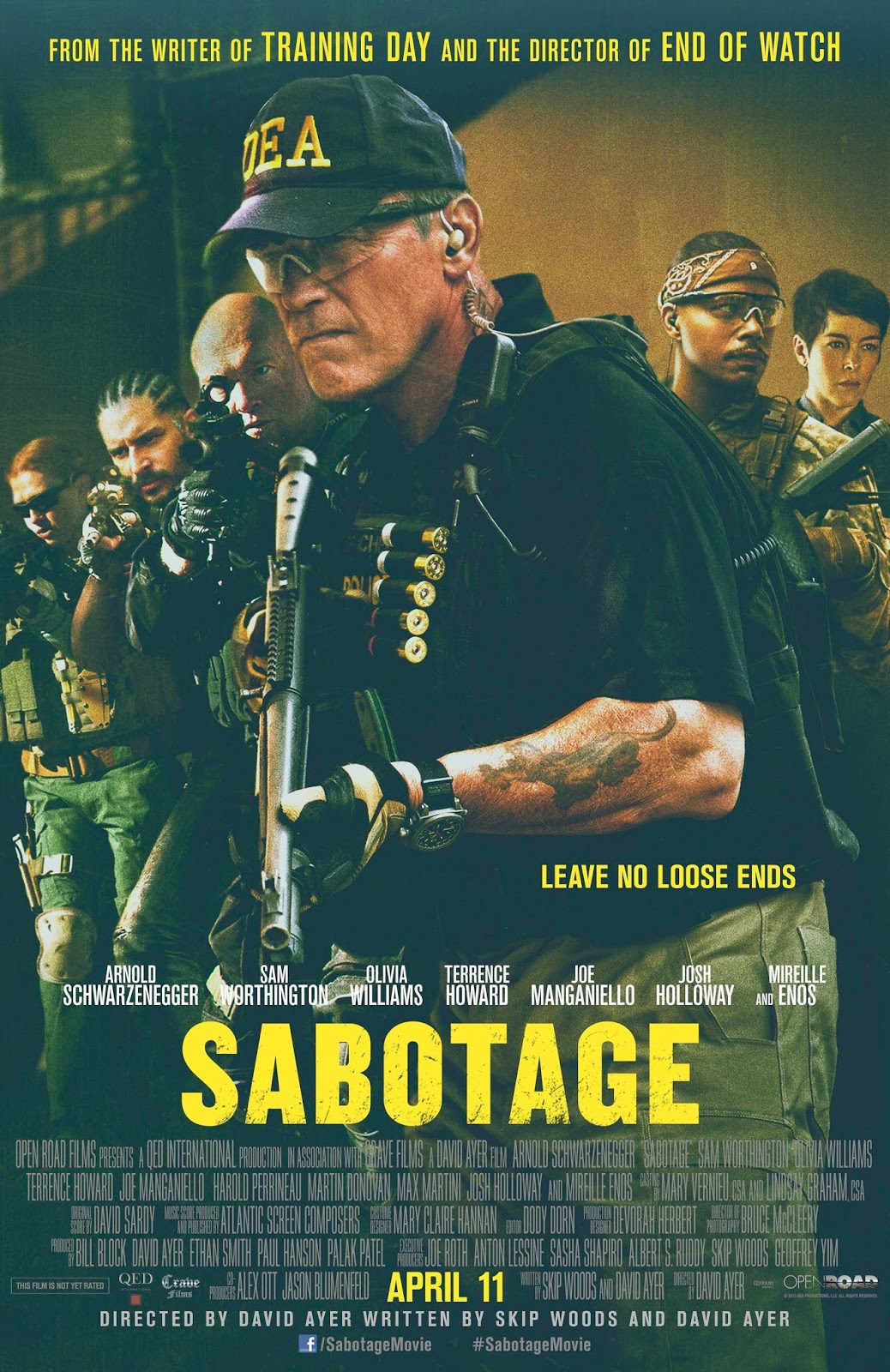 You know how we all wonder sometimes how Arnold Schwarzenegger can have been speaking English for more of his life than not and still can't shake his strong (and often marble-mouthed) accent? Well, likewise, you'd think that after decades and decades of acting that he might actually gain some ability to really...act.

No surprises here. Arnold still has charisma and screen presence plus there's some gravitas to his age now that makes him worth watching (...even in spite of his severe lack of acting skills). The filmmakers make the wise choice of surrounding Arnold with excellent actors, but that unfortunately signs a serious light on his inability to draw me into his character's emotional turmoil.

The movie is interesting and entertaining, but way over the top in brutality and grisly effects of pieces of bodies and internal organs and pools of blood. There's action films and then there's gross action films. This one falls in the category of extremely gross. It is also quite ludicrous. So, if you dig the gross and ludicrous taut action thrillers then you'll probably dig it.

The story involves a Special Ops DEA taskforce, the type that only could exist in a movie, led by Arnold's character, John Breacher. The taskforce is made up of 6 or 7 (I lost count of the mostly interchangeable actors) of the most loathsomely immoral and irredeemably unlikeable rat bastards you can imagine. Think, the Dirty Dozen, but without any of the charm or wit and a penchant for torture porn. There's some attempts at humanizing the characters, but it's really not enough. The "sabotage" of the title revolves around a flubbed attempt to secret away $10 million dollars from one of the team's drug busts. Instead, it appears that the members of the team are starting to get picked off one at a time by the drug cartel who thinks they stole from.

Logic gets twisted and then tossed out the window where it is then blasted into dust by a surface to air missile resulting in one of the more ludicrous (and again....grisly) car chases I've seen in awhile. There is really something disturbing about the level of fixation the director seemed to have for focusing his laser beam of attention onto the blood splatters, spews, and bodies. It's about as desensitized as the killing of the zombies in THE WALKING DEAD but I have a hard time in a film as serious as this one takes itself, not noticing the flippant manner in which lives are taken.

The resolution of the mystery of the money and the killing is no big surprise and the coda to the story is somewhat satisfying at least. That may be my favorite sequence of the film and my favorite acting by Arnold. Of course, I think he didn't say any lines during it, so there's that.

His acting coach might also want to talk to him about his cigars. At times, they were distracting to the point of caricature -- just like his ridiculously dark-colored hair Moe-cut on top his natural gray shaved cut.

I was entertained, and it's probably a decent flick for what it is, but I didn't particularly enjoy it.