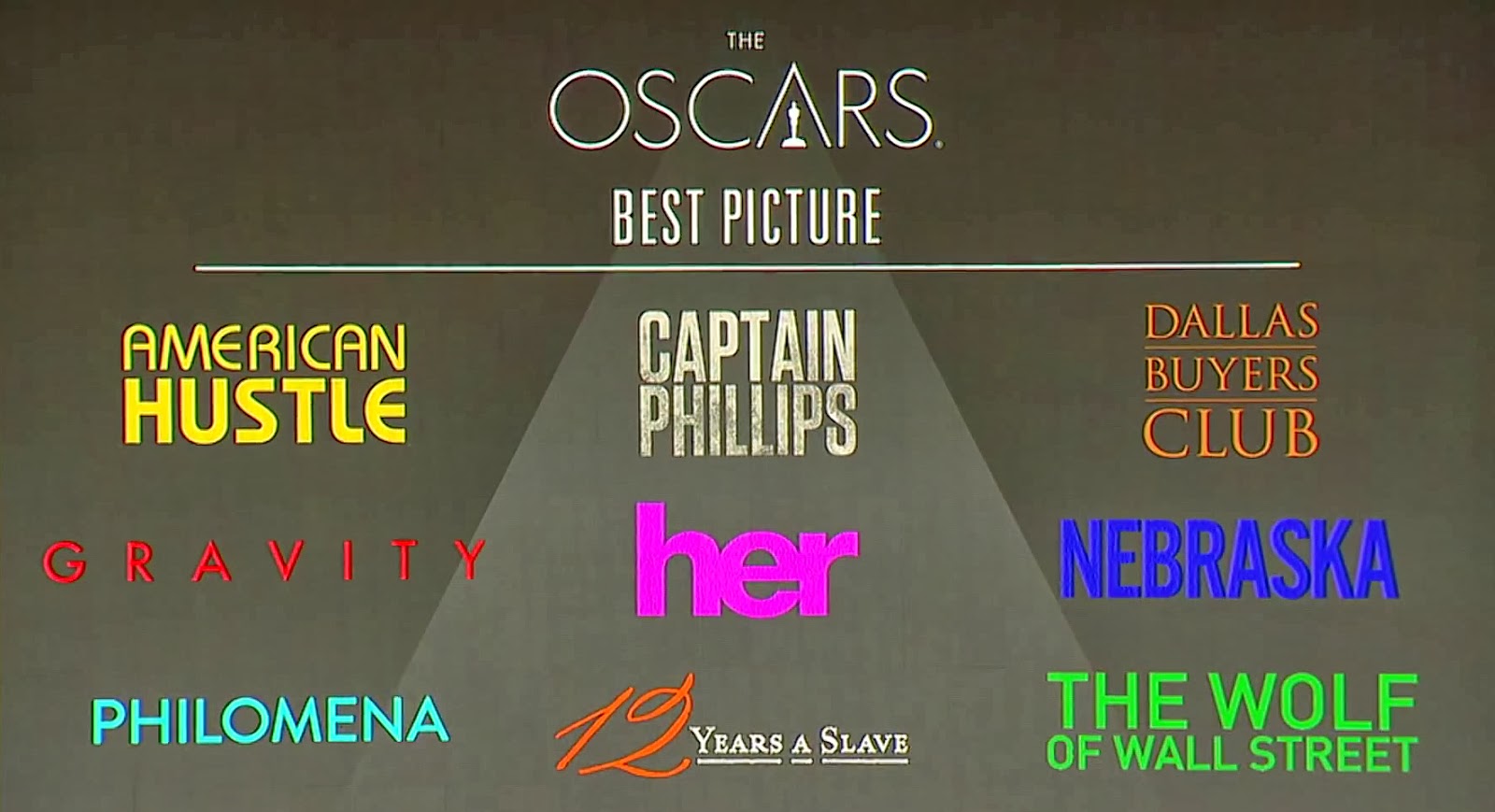 I'll surely be taking some lumps putting this up here, but I'm going to anyway.  In a few hours, I will see how my decision-making squares up with the "Academy."

This has been a good year for some very good films. For the first time I can recall, I made an effort to see every film nominated at least in the BEST PICTURE category.

In making my picks, many of them were blatantly obvious, Cate Blanchett in "Blue Jasmine" for example, in that there really is not another performance nominated that even comes close. However, there... are a few nominations that were really tough. BEST SUPPORTING ACTOR is really a tough choice between Jared Leto in "Dallas Buyers Club" and Michael Fassbender in "12 Years a Slave." But I decided to go with Fassbender who disappeared so completely into his character that I couldn't even recognize him anymore. However, I think McConaghey's brief supporting role in "The Wolf of Wall Street" should qualify him for a special Oscar. An absolutely brilliant performance, but basically consists of 3 scenes.

The BEST ACTOR choice is a tough one too. All things being equal it should be a 3-way tie between Bruce Dern ("Nebraska), Leo DiCaprio ("Wolf of Wall Street") and Matthew McConaghey ("Dallas Buyers Club"). The swing to McConaghey is purely emotion-driven in that I just "feel" his performance slightly swings to a level beyond anything else I've seen him do.

The BEST PICTURE choices gives me a hard decision to make. Taken in total, I think every nominee other than "Philomena" are deserving. My choice of "Nebraska" as the overall best picture is based on the whole of the parts all working together to create a work of sublime storytelling that touches on the basics of the human condition -- life, love, relationship, and mortality. It's the movie I keep reflecting back on the most in positive terms. I can separate individual parts out to recognize excellence in those parts in other movies, but "Nebraska" pools all the elements together into a film I think is instantly timeless, touching, and thought-provoking.

VISUAL EFFECTS
"The Hobbit: The Desolation of Smaug"

ANIMATED SHORT FILM
"Get a Horse!"

DIRECTING
Martin Scorsese for "The Wolf of Wall Street" 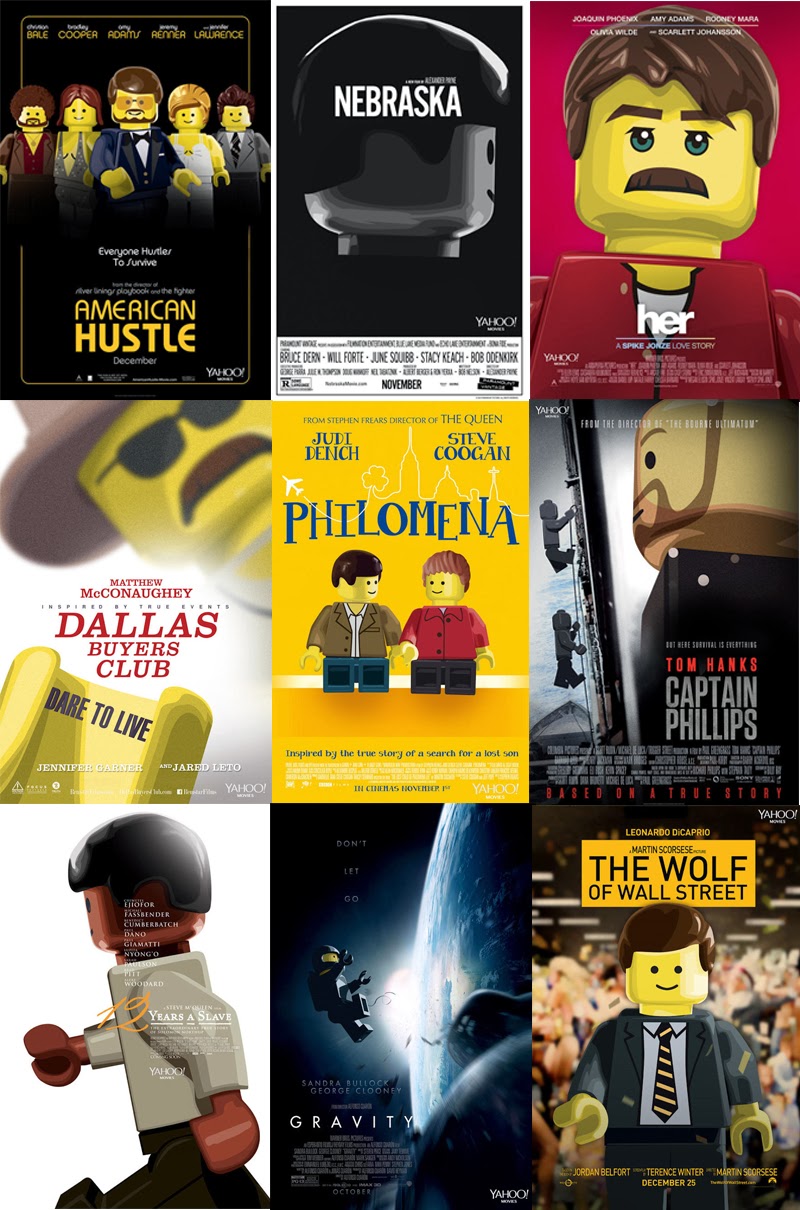