POMPEII & RIDE ALONG: A Review of Two Comedies

This is a tale of two comedies -- both cliché-ridden boilerplate movies with zero creativity.  One intentionally funny; the other unintentionally hilarious. 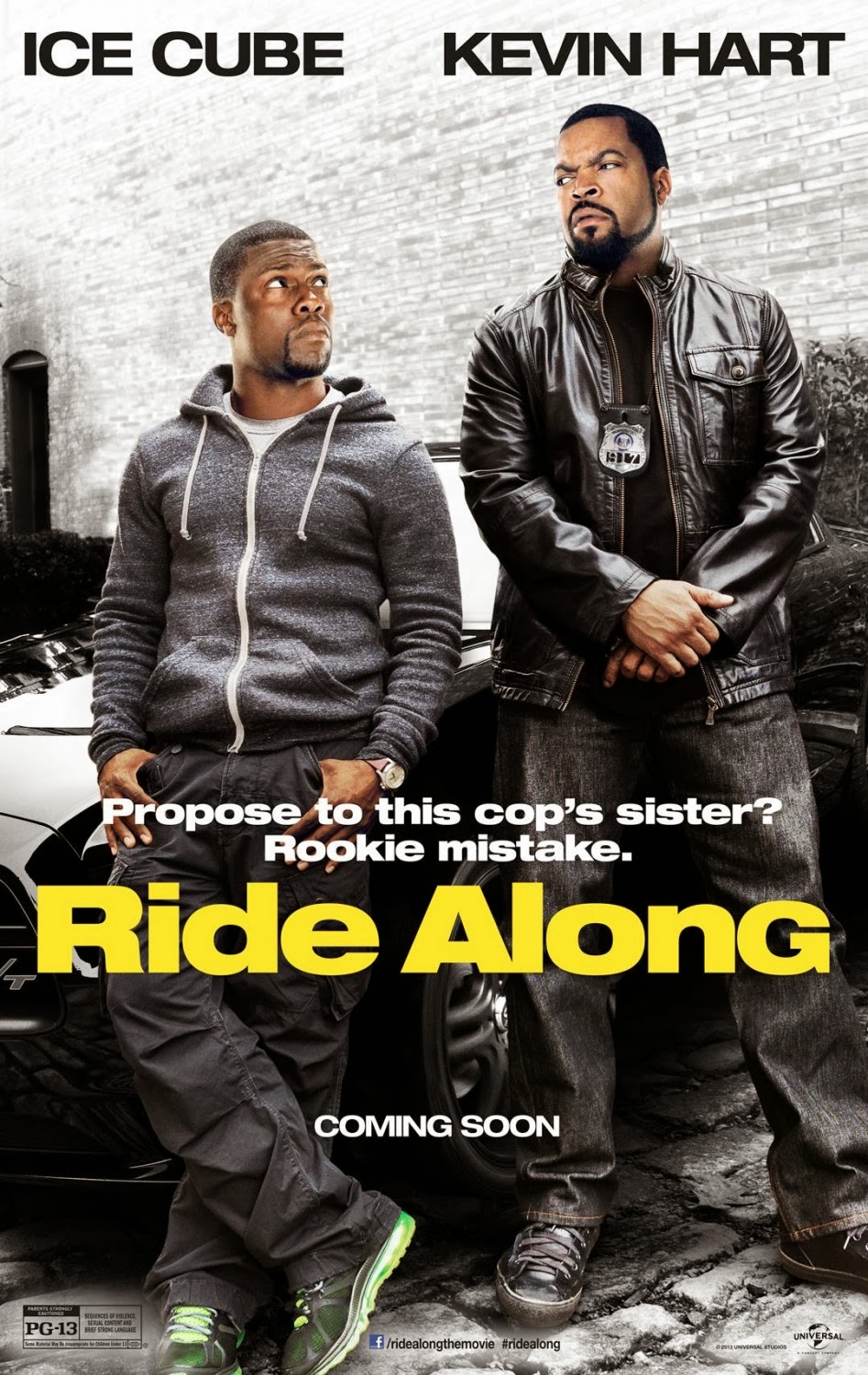 RIDE ALONG introduced me to Kevin Hart, who now accepts the crown of "Most Annoying Presence In Film" from Chris Tucker, as a policeman wannabe who goes on a "ride along" with his streetwise police detective and future brother-in-law played by Ice Cube.   Along the way we are treated to one more unnecessary buddy-cop movie where the two guys hate each other at first and then come to like each other by the end.

There's a couple of clever moments involving the use of Hart's online gaming friends and a bullet wound to the leg incident, but other than that this was pretty predictable Hollywood fare with nothing to distinguish it from any other buddy copy movie.

I really don't think I can fully describe how flippin' annoying Kevin Hart is.  And oddly enough this actually helps the movie work a little bit because at least his character is supposed to be irritating the living hell out of Cube's detective character.

The main saving grace for the movie is Ice Cube, by the way.  His dead serious straight man to Hart's Jerry Lewis impression made me laugh a lot.  Laurence Fishburne appears in the movie and seems to be exploding.  I swear his face is swollen up twice as big as Barry Bonds and his body is starting to look like Herman Munster.  John Leguizamo and some other actor I recognize from lots of movies get totally wasted in this movie.  But hey, a paycheck's a paycheck, right?

No way should you pay full price for this movie.  It's probably funnier if you just wait and Redbox it.  As it is, it's mostly lame and predictable but I laughed...or rather chuckled and smiled.  It is at least intentionally funny and succeeds at that....barely.

Now POMPEII on the other hand?  This movie is hysterically funny! 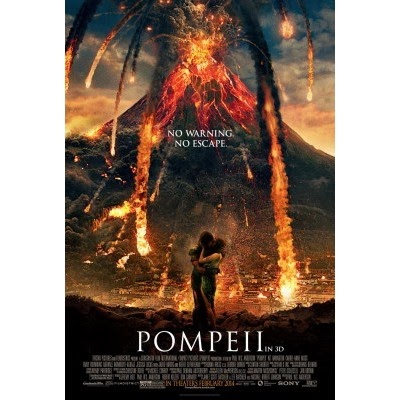 I started giggling 5 minutes in and was laughing out loud by the mid-point.  This thing is nothing but a mess of bad storytelling, bad acting, shitty special effects, and most of all bad directing.  Every single person in this movie was miscast but a special miscasting Oscar must be won by the horrifically awful Kiefer Sutherland as a pompous Roman senator.  The degree of bad cannot be overstated.  Kiefer is strolling around throughout this movie with his bony knees poking out below his skirt and above his knee socks boasting his 24 haircut and speaking with this affected high English dialect that I could not keep from chuckling at.  Maybe I'm just so used to his Batman voice from 24 that I didn't realize quite how...."fabulous"...his voice actually is.  Also, seriously people, with the modern advances in dentistry just why are we getting saddled with these actors who must have ill-fitting upper plate dentures that lead them to "shhhhh" all there "s" sounds????  First Old Spock's overwhelming upper-plating in STAR TREK, then Michael Shannon's Zod in MAN OF STEEL, and now Kiefer Sutherland in POMPEII.  It's maddening!!!  It's becoming the film version of fingernails on a chalkboard for me!

Get a better dentist, Kiefer.

As to the film itself, it really has to be seen to be believed.  I so wish Mystery Science Theater 3000 could do this movie.  Oh how I wish it could happen.  The awful is just so much that it's hard to even know where to start.  I could start with our hero, Milo.  Yes.  Milo.

Milo is a Celtic warrior.

He is also, essentially, Conan the Horse-Whisperer....with nicely gelled and coiffed curly hair.

There's a girlfriend, sort of, for Milo who looks like a waif weighing about 60 pounds and 20 of those pounds are her bobble-head.  There is an inept attempt to craft a love story, in one day, between Milo and this waif-girl like what James Cameron did with TITANIC, but in case you guys didn't realize it, the director of RESIDENT EVIL and DEATH RACE ain't quite James Cameron.   Oh yeah, and Mr. Eko from LOST appears as a slave gladiator who in one day becomes Milo's bestest buddy.
I laughed out loud at everyone attempting to play act in their costuming. Nobody looked or felt authentic.  It was almost like the director, Paul W.S. Anderson was actually striving for inauthenticity. It's like he was seeking to replicate the worst of the worst of those old Hercules films from the 60s.  There was every possible attempt to tug emotion from the furtive glances of the ingénue to the predictably forced overwrought dialogue and roars of rage.

The destruction as Mount Vesuvius erupts is so monstrously ridiculous I can't even adequately describe it. Just think of the most absurdly predictable sorts of Hollywood mass destruction you can think of and then add a dollup of stupid to push it right over the top.  It's all so hopelessly hilarious -- the attempt by Mr. Eko to save the little girl from a tidal wave, or the tidal wave being stopped by a boat plugging up a doorway.

Are you laughing yet?

Our heroes are also really strong.  How about Mr. Eko not only surviving a sword through his gut but is so strong he can break the sword handle off while the sword stays in his gut?  Or Milo, who can...using his bare hands, just....break a horse's neck?

The amount of running and horse-riding and leaping and fighting while fire and brimstone rain down from the sky is also part of the huge hilarities in the movie.  It's so fun watching everyone else get pelted and smashed and burned and buried while our Hollywood heroes and villains miraculously dodge harm until it's time for the dramatic death moment.

Because, you know, you don't go into a movie called POMPEII and actually expect anyone to make it out alive.

But you sure do expect them to try!  And that's where the ending becomes the funniest part of the movie.  Don't read any further if you don't want to know....

Milo and waif-girl are the only survivors as the firey ash and lava flow are overtaking the city.  They are riding away from the city on a horse when it bucks them.  But the horse doesn't ride off.  Rather than the two of them getting back on and giving it one more effort to outrun the death flowing after them, Milo tells waif-girl to get on the horse and leave him behind.  She says "NO!" and smacks the horse on the butt to send it scurrying away. And so they embrace and start slo-mo tongue-kissing while the lava flow overtakes them. Then it's a dramatic cut to their ash-covered bodies frozen in a kiss.

Cue the laughter from the audience as we all murmur together "Oh come ON!"