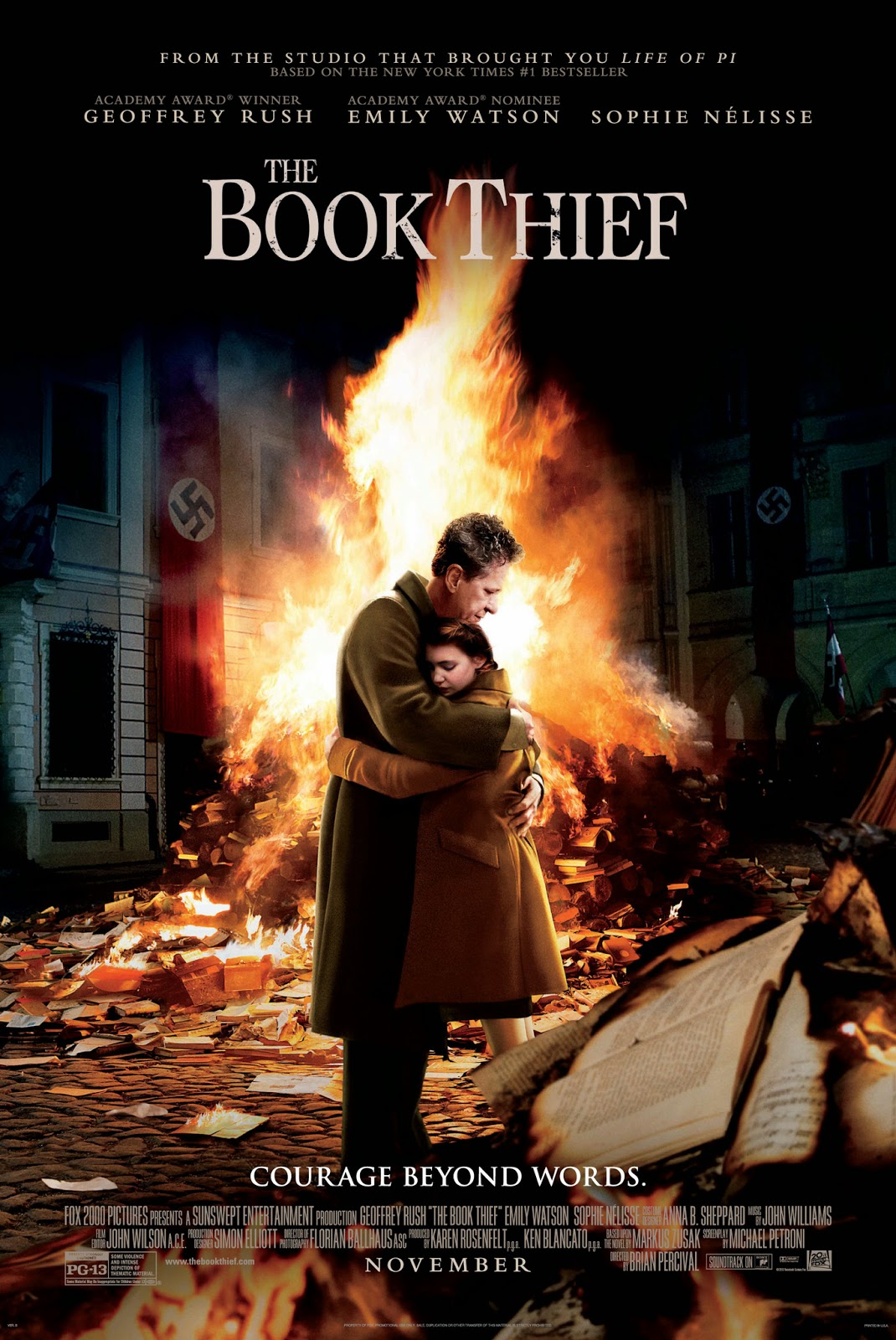 Excuse me. *sniffle* I promise you it's just allergies.
That's why my eyes have tears leaking out of them.

It has nothing to do with getting emotionally swept up in this beautifully haunting movie.

Seriously, though, this is the first movie of the year to bring me to tears.  Based on a best-selling novel of the same name, THE BOOK THIEF tells the story of Liesel a young German girl sent to live with a foster family in World War II Germany. She learns to read with encouragement from her new family and Max, a Jewish refugee who they are hiding under the stairs.  The film mainly covers the span of the second World War from the point where Hitler marched into Austria to the liberation of Germany by Allied forces.

What unfolds during that time is a sympathetic peek into the daily lives of German families in a small village during the war.  It is unique to me in that respect. Most World War 2 films focus more on the war than on the interpersonal dynamics of families in the lesser-known smaller villages.
Within this canvas, the director paints a very real picture of love and fear; life and death.  I came to really love and care about these people which is a testament to the directing and the acting as I am cynical enough to have had a bit of a defensive wall in place going in that was expecting a predictable and preachy movie.

However, from the opening shot from above of a smoke-puffing passenger train chugging through the angelic snow-covered landscape while a mesmerizing narration by a personified "Death", I was hooked.

The script is smart and perceptive. The actors, across the board, are incredible but especially the lead actress who plays Liesel (Sophie Nélisse) and her foster parents Hans (Geoffrey Rush) and Rosa (Emily Watson).  I fell in love with Hans from the first moment his soulfully wise and loving eyes appeared on screen. The chemistry between Rush and Nélisse was strong and completely believable.
I could relate to Liesel and her overwhelming desire to learn to read and to go to any lengths to get books. I could relate to Max and his need to think and interpret the world through metaphorical interpretation. I could relate to Hans and his absolute and instant parental love and protection of his "Princess".

You should go see this movie.  It will stick with me forever and I bet it does you too.